Similar to body styles of cars (think e30,e36, e46 BMWs), 4, 5 and 6 digit Rolex are generally classified by shifts in the designs, materials and components found in their respective eras of production. Generally speaking, however, 5 digit Rolex references mark the transition from acrylic to sapphire crystals yet with case profiles we now consider to be more classically proportioned. Yes I know… the16750 retained acrylic crystal but this is an exception and is an example of what people refer to as a transitional reference. So what is a transitional reference? With the introduction of 5 digit references, Rolex as a brand made a noticeable shift to move more upmarket. Rolex began experimenting with exciting new materials production methods. During this period of transition Rolex was blending the old with the new and you find a lot of experimentation as Rolex aimed to produce their best product. I’ll break down the major neo-vintage transitional references.

Ref. 18038 Day-Date (1977-1988): Most people won’t consider this a transitional reference but I’ll argue it should be. The earliest examples feature cases that were much chunkier in profile. Rolex was experimenting to perfect their design and for whatever reason that thicker case wasn’t it. From my observation these thicker case examples can be found approximately 1977-1982/1983. Rolex then moved back to a more traditional taper of the lugs, which would be found until the introduction of the 11823X 6 digit reference Day Date when different case design.

Ref. 16808 Submariner (1979-1988): An all time favorite reference of mine, a majority of the references production featured a nipple dial with sapphire crystal. Black dial examples would retain matte dials while blue would feature a sunburst finish. Cases on the earlier production were also more chunky in profile and seemed to become more tapered around 1985 and would retain the same geometry though the Ref. 16618s production.

Ref. 16800 Submariner (1979-1988): Proceeding the 1680, the Ref. 16800 was the second iteration of the Submariner to feature a date function. As with the Ref. 16750 GMT, the earliest examples featured matte dials, although this reference always had a sapphire crystal. In approximately 1984 Rolex began rolling out gloss dials with white gold surrounds.

Ref. 16550 Explorer II (1984-1988): Released in 1985, the Ref. 16550 featured the Cal. 3085 and shared the same movement and case as the Ref. 16760. At 6.3mm the 3085 required a case that was thicker in hight. The defective paint used for white dials turned to a cream color, and those have become very sought after by collectors. Through the production both white and black dials featured white gold surrounds (the metal bit around the lume of the hour markers). While you also find white dials with black gold surrounds and hands on white dials I’m of the opinion they’re service replacements. I could be wrong, as it would make a lot of sense for Rolex to introduce the new dial design shared by the 16570, however I haven’t found a definitive answer here. I have also found white gold surrounds and hands in a watch as late R697,xxx.

Ref. 16760 GMT II (1984-1988): Referred to as the “Fat Lady” the Ref. 16760 was the first GMT Master II shared the same movement and case as the 16550. These early black gloss dials would take on a spider web effect (surface level cracks due to the elasticity of the finish) or “matte” out over the years. The 16760 exclusively came with a black and red bezel insert.

Ref. 168000 Submariner (1987-1988): Produced for approximately 7-9 months, this reference is certainly rare. That said, to be honest, it still leaves me scratching my head as the only real change from the Ref. 16800 is the transition from 316L grade steel to 904L, a more corrosion resistant steel.

As I hope this will serve as a great reference to those looking to learn about this era of neo-vintage Rolex, I’d like to close with a question I get ALL the time… “Why are the hands whiter than the dial, are they service hands? ” The short answer is mostly no, but let me elaborate.

Over the years Rolex has outsourced the production of many of their components. While I don’t know who was producing hands for the company in the late 80s, most examples I come across from approximately 1986-1988 have aged to an ivory white, whereas many dials aged to a creamier tone. The mixture being used was seemingly different than that being applied to dials. While this may bug some people it’s the reality. Don’t pass on a great Neo-vintage watch simply because the hands don’t match – think of it as contrast.

I’m always available to chat on IG @fogcityvintage if any of your have questions.

Are you looking to sell one of the watches mentioned above? Contact us today.

Signup to be the first to hear about exclusive deals, special offers and upcoming collections 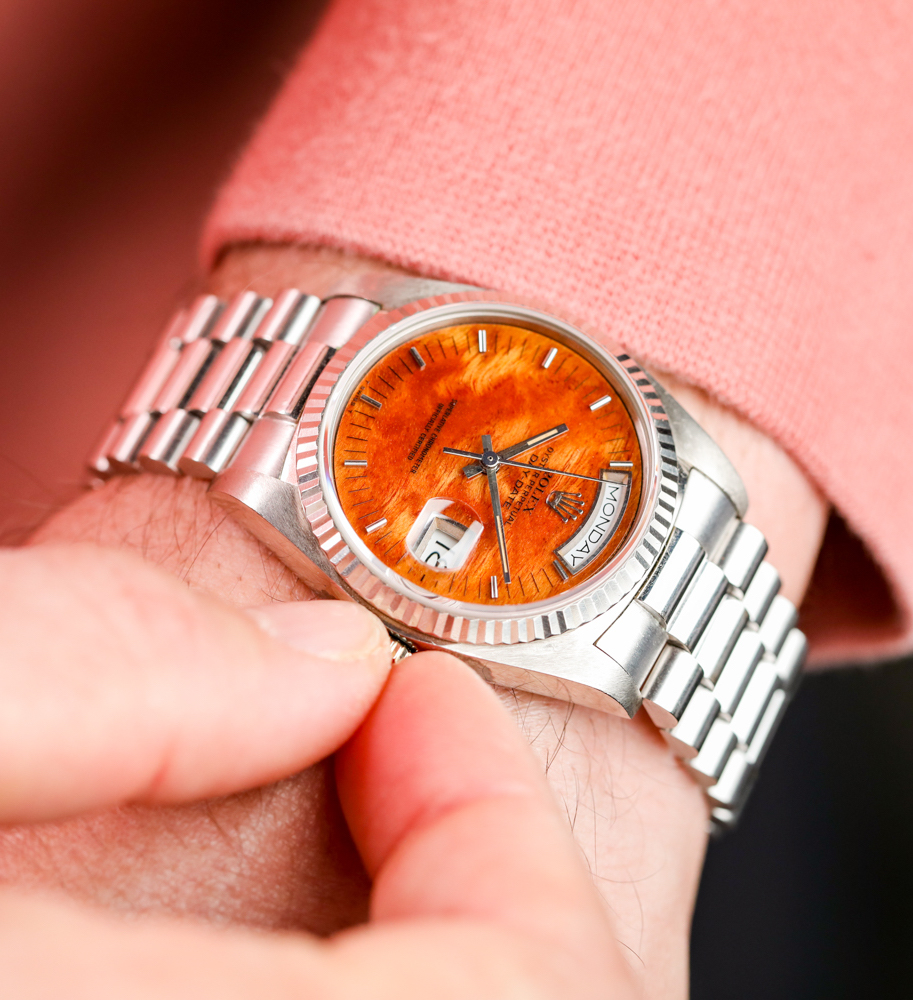 Subscribe and be the first to know about our latest scores.